For The Love of Fictional Worlds: “I ABSOLUTELY LOVED THIS AUTHOR’S STYLE OF WRITING – because this book has absolutely everything – a strong, freaking strong heroine who while she understands her limitations, is never set by them and a hero who is cocky, narcissistic yet somehow on a deeper level connects with the heroine.“

Jenerated Reviews: “If you are looking for passion and rousing action His Pirate Seductress is a wonderful way to experience both at their best!”

Tangled Up In Books: “Tamara Hughes always does a fantastic job at making you feel as if you truly are on the high seas or sucked back in time. It’s fantastic.” 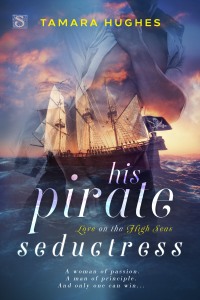 With her son’s life in the balance, Catherine Fry is forced to locate and steal the priceless Ruby Cross of the Knights Templar. She knows who has it—it’s just a matter of coercing Thomas Glanville, the handsome and incredibly stubborn captain of the ship she’s captured, into telling her the exact location. Fortunately, Catherine knows that there are many ways to get a man to talk…

Captain Thomas Glanville has the cross and he’ll be damned if he’s going to hand it over now that he finally has the means to buy a ship of his own. He’s at the mercy of a fiery woman who will stop at nothing to achieve her goal. But Catherine has no idea who she’s dealing with—and Thomas has his own means of charming a woman into his mercy and his bed…

To read chapter 1 of this book and see a complete list of retailers, head on over to Entangled Publishing.

Night Owl Reviews Top Pick: “Dashing pirates, beautiful damsels in distress (and sometimes causing the distress), and epic voyages fraught with danger, both natural and manmade. In a word, magical.”

Tangled Up in Books: “Beauty’s Curse was intense from start to finish. It starts out on a sinking ship and immediately had me on the edge of my seat and rarely let up on the intensity from there.”
Plot Twist Reviews: “The plot was one adventure after another and there were more than a few times I had to remind myself this was a romance novel and our heroes would be just fine.”
Jenerated Reviews: “Engaging characters that draw you in with their loyalty and simmering passion this is an excellent story.” 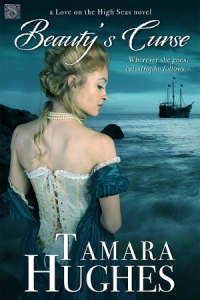 Amelia Archer will be the ruin of her family. Her extraordinary bad luck is burden enough, but her sweet, trusting nature often lands her in impossible scrapes. After the last straw, Amelia’s harried father ships his unfortunate daughter off to the Colonies to live with her aunt. But wherever Amelia goes, bad luck is sure to follow…

Pirate David Lamont is taken with the lovely young Englishwoman the moment she’s pulled aboard from her sinking vessel. But sailors are already a superstitious lot and Amelia is unwelcome. In a feat of chivalry, David defends and claims her for himself…

Now their fortunes—for good or ill—are invariably tied. But as much as she longs for him, Amelia cannot allow a romance. For a lady of misfortune can only bring ruin to those she loves…

To read the first chapter and see a complete list of retailers, head on over to Entangled Publishing.

Night Owl Reviews Top Pick: “I literally found myself cheering out loud for our heroine, Charity, and our dashing hero with a heart of gold, James Lamont.”

The Reading Cafe:“I loved everything there is about our sexy pirate in this one. From the moment he stepped onto the pages of this story he had me swooning at his feet (swoon pillows a must when reading this one).”
Talking Books: “The perfect protector with the perfect heroine.”
Romantic Historical Reviews: “I love a good pirate story and this one delivers on all counts: passion, derring do, drama, danger, and non-stop excitement.” 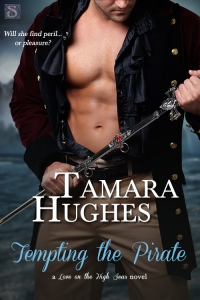 Charity Goswick thinks she is escaping an arranged marriage to a brute when she slips onto a ship unnoticed. Little does she realize that this is no honorable vessel of the King’s Navy – it is a pirate ship. It’s just a matter of time before she is discovered by a handsome rake of a pirate, who locks her in his cabin. And while she should be scared, her captor sparks the most unladylike feelings within her…

James Lamont is on the ship for one reason, and one reason only: to track down his brother. However, his spirited little stowaway certainly affords plenty of distraction with her many (failed) attempts to escape. And each time, the unspoken—and unbidden—passion between them grows stronger. But as violence and danger mount on the high seas, Charity will have to put all of her trust in the most untrustworthy of men… the arrogant pirate who just might steal her heart.

To read the first chapter and see a complete list of retailers, head on over to Entangled Publishing.

Once Upon a Masquerade

Night Owl Reviews Top Pick: “The characters were captivating, and I totally fell for Christopher Black. Not only was he adorably devilish, he also has a heart of pure gold.”

My Book Addiction Reviews: “Fast paced! Filled with passion, danger, and romance. A most impressive debut for this author.”
Always Reiding review: “I was floored by how awesome I found this book to be–it was so clearly written and the characters were so well fleshed out that I read this in one sitting, and I only regret it’s ending.” 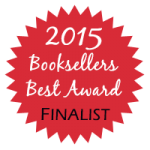 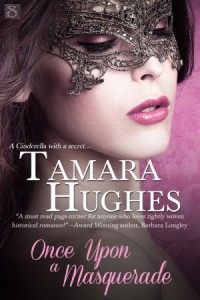 Housemaid Rebecca Bailey would do anything to help her father. Even masquerading as an heiress and crashing a ball held by one of the most influential families in the city. There’s just one problem—one of the guests could expose her and ruin everything. The handsome, charismatic Christopher Black is a regular visitor to her employer and Rebecca can’t risk him discovering who whose really is. But despite her efforts, their paths keep crossing.

After self-made shipping magnate Christopher first spies Rebecca at a masquerade ball, he’s captivated by her refreshing naiveté and sparkling beauty. She’s a stark contrast to the hollow behavior of the ton and the guile of his former fiancée. Only the closer he gets to her secrets, the further she pushes him away.

When the investigation into the murder of Christopher’s best friend leads him straight to Rebecca, he fears his ingenue may be a femme fatale in disguise. Now he must decide if he can trust the woman who has captured his heart…or if her secrets will be his downfall.

To read an excerpt and see a complete list of retailers, head on over to Entangled Publishing.

To get updates on my releases, sign up for my newsletter: 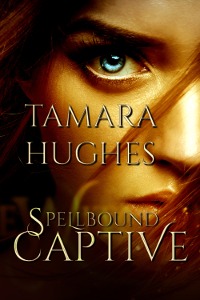 Buy Bewitching The Beast on: 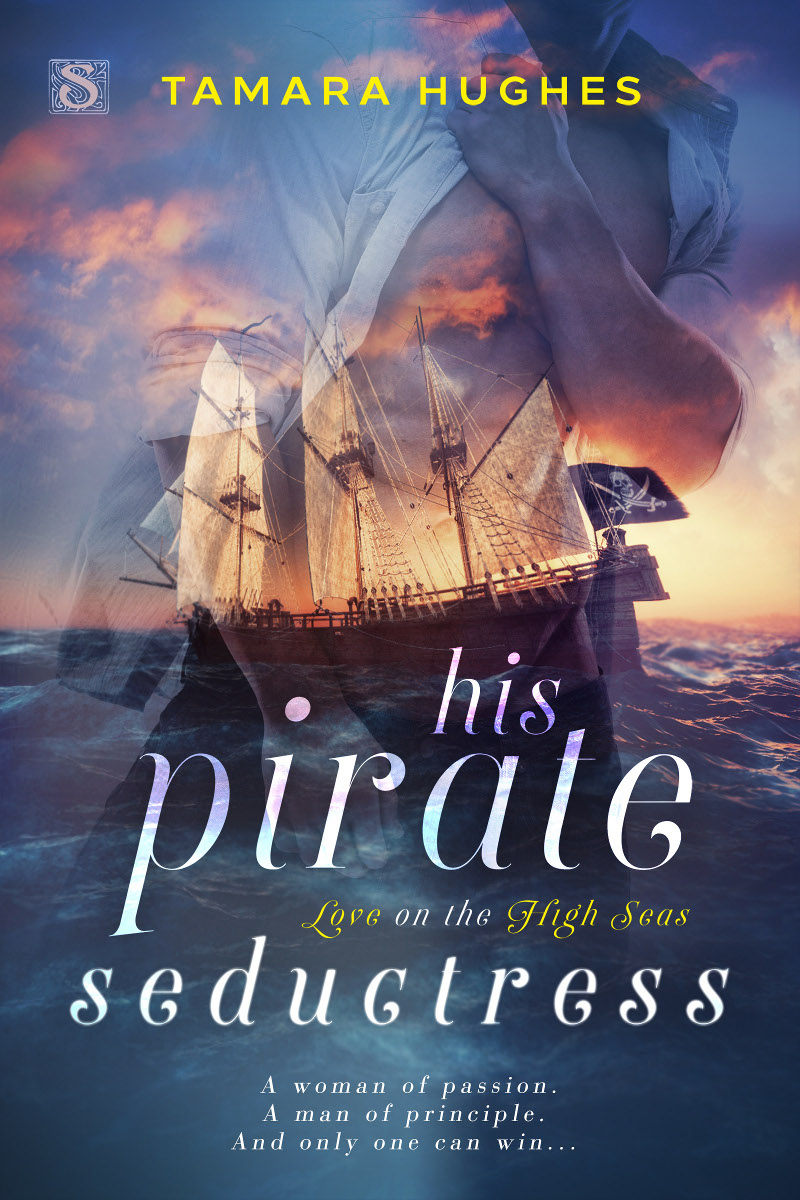 Buy His Pirate Seductress on: 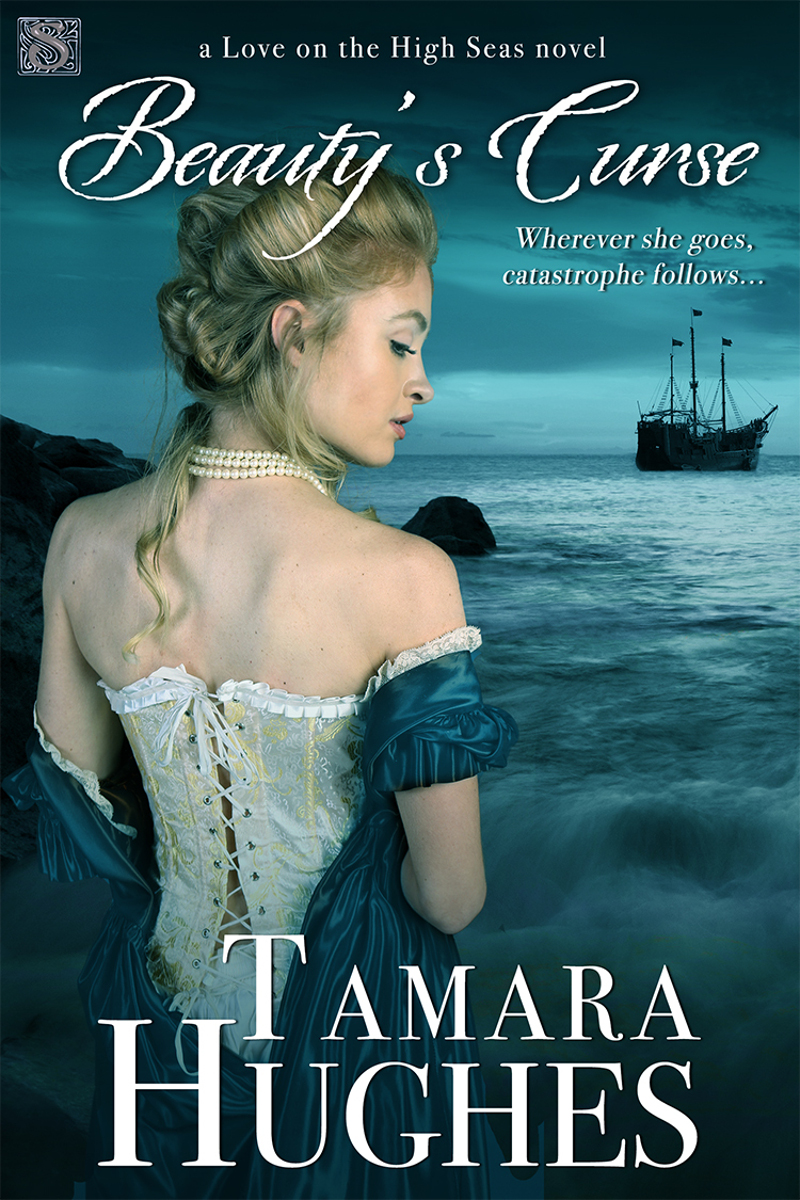 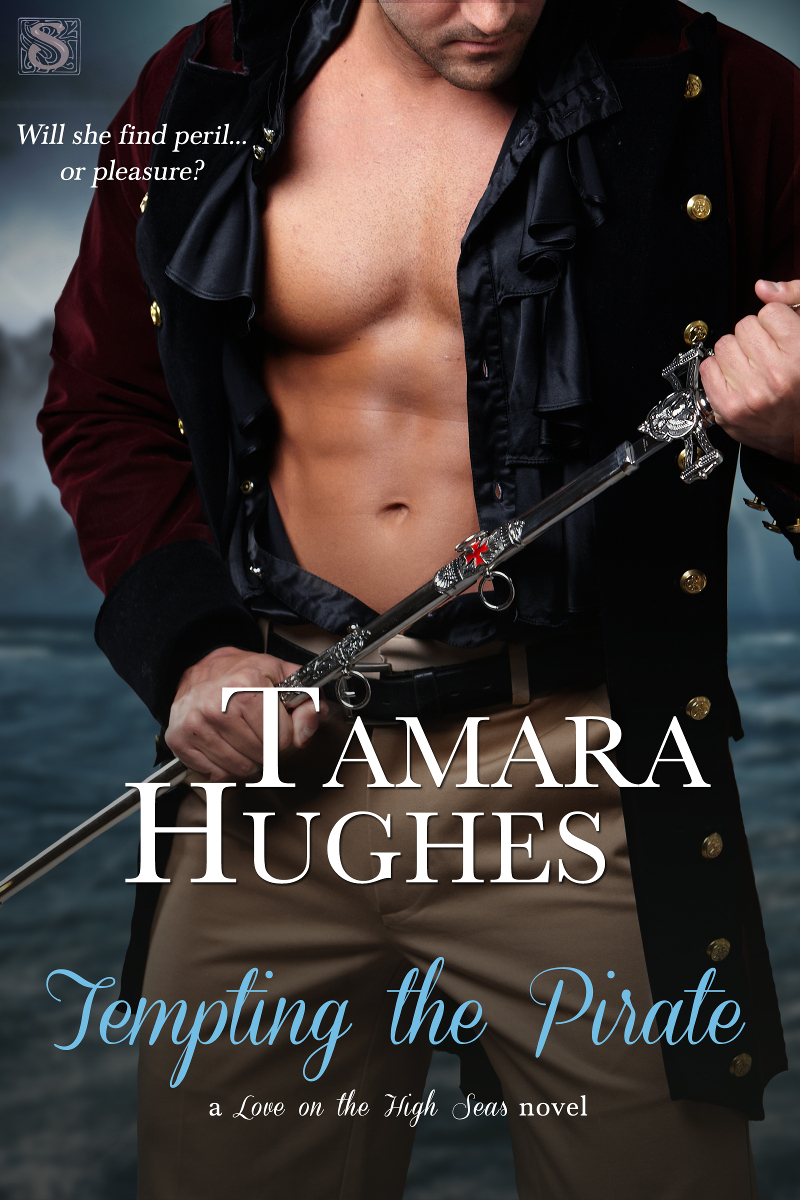 Buy Tempting the Pirate on: 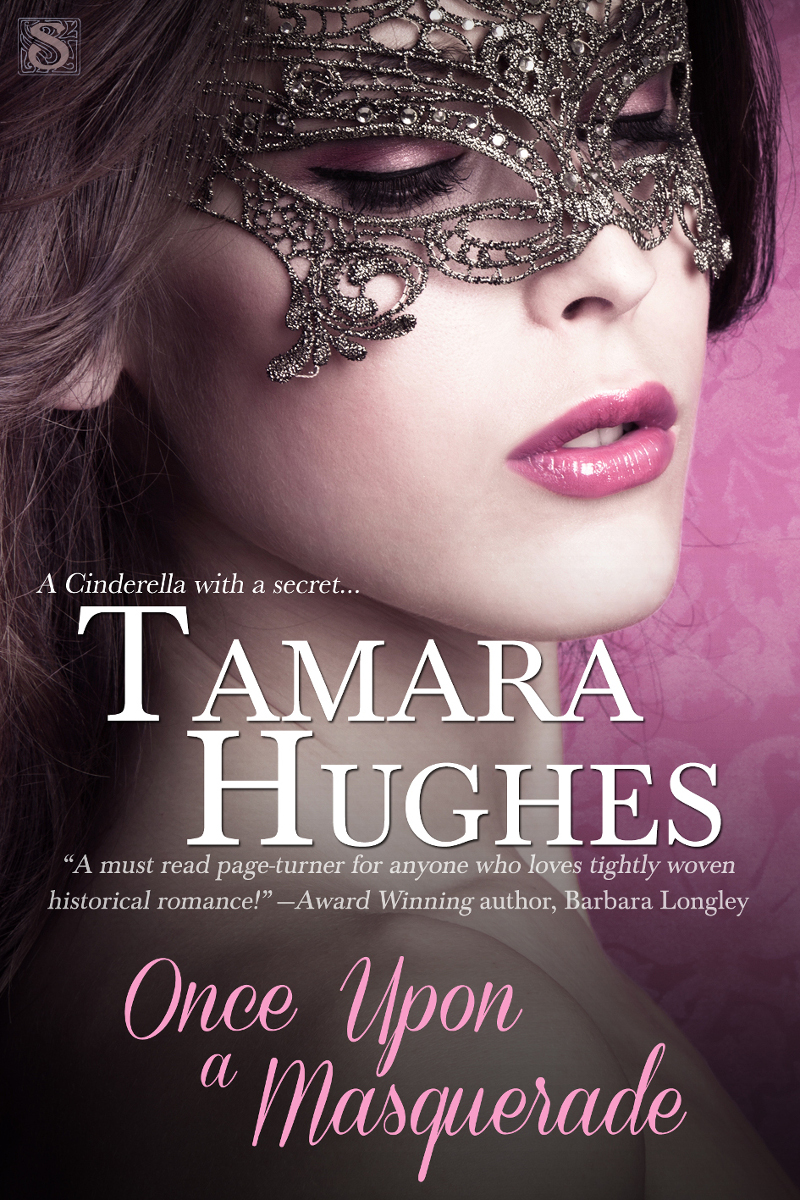 Buy Once Upon a Masquerade on: